Embracing Subtitles; The Road To Fluency

This is not your mother’s pair of jeans, nor your father’s Oldsmobile… this is language learning in the 21st century! It’s pop culture, y’all. It’s slang and everyday language, it’s the fun path to fluency. 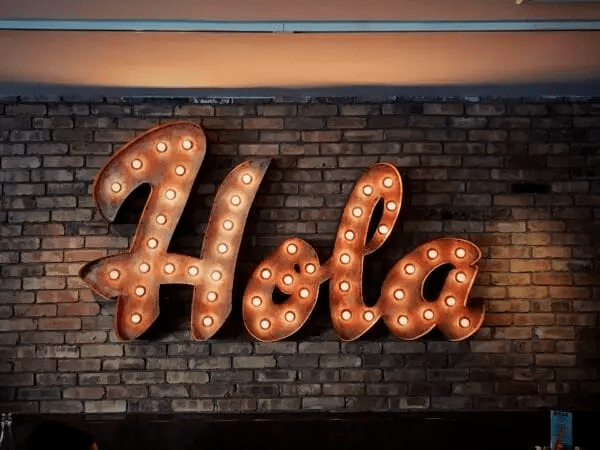 Don’t let subtitles scare you! Get over your fears and hesitations; don’t be too cool for this kind of school.
Films use language in real-life situations enabling the learner to grasp the meaning and sounds of colloquial expressions at the heart of everyday language while experiencing cultural contexts… all while entertaining!

Sit Back and Enjoy the Amusement of Subtitles!

Subtitles can uniquely create humor, adding a pure comedic touch. Take this clip from the comedy Airplane for example with two men speaking jive, obviously English… but is it? Check out the video to see what all the hoopla is about!
Write your awesome label here.
Subtitles are humorous! Enjoy… and embrace them!
When learning everyday jargon in a foreign language, we can’t all go about faking it like Brad Pitt in Inglourious Basterds! Watch as Brad Pitt is thrown off entirely by the fluency with which Christopher Waltz’s character speaks Italian; subtitles enhance the comedic effect.
Write your awesome label here.

To Swear or Not To Swear? No Matter, It’s Idiomatic!

To go about one’s day, one needs an understanding of common lingo, or street talk. Don’t tell your mother we told you, but swearing is a huge part of cultural context, colloquial language! Every language has modern slang that defies literal meanings. For example, non-native speakers of English wouldn’t know the flexibility of using swear words such as *hore, bi*ch and *ss without watching films such as this American high school parody, Mean Girls in their native language subtitles.
Write your awesome label here.
Embrace, even if you choose not to personally swear like a (bilingual) pirate!
Similarly, we see the French word putain used everywhere, rarely in a literal context. But we would not know that without seeing how it’s used in everyday language, ie… scenes in films! With film, we grab the cultural meaning behind the language. Watch this clip of Jean Dujardin accepting his Oscar for Best Actor. Did you catch that slip at the end?
“Ouah, putain, genial, merci, formidable, merci beaucoup, I love you!”
Write your awesome label here.
French films teach us quickly that putain, a high-frequency swear word (but harmless, really) appears just about anywhere in most French sentences.

We, as Americans specifically, need to get over our fear of subtitles. People use them all around the world for varying purposes. 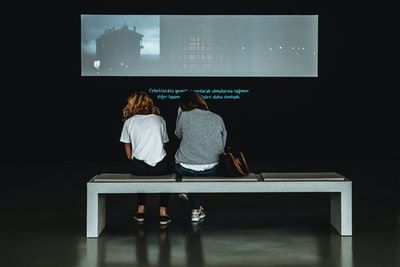 Subtitles carry the potential to be an international game-changer in poverty, status and education.
Millions of people in countries around the world embrace subtitles with no hesitation as a means of improving their everyday life. See this NY Times article on how learners use subtitling to further their education and career and to make global connections.
Even in the realm of entertainment, the entire world seeks to connect to Hollywood and Bollywood films and they do so with subtitles in their native language! 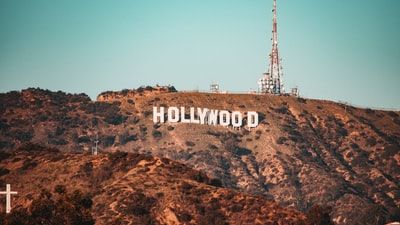 Let’s eradicate the misconceptions we tend to have while dealing with subtitles in film; they’re useful and globally accepted!

The Science, The Backbone Behind It

Acquiring language through a medium such as film is not only fun and entertaining, but multiple studies have shown it’s a driving force for second language and culture acquisition.
As renowned linguist and second-language acquisition expert Stephen Krashen once said “language needs to be fun!” Language acquisition works best when the input is interesting and compelling to us, so much so that we forget we are immersing ourselves in another language! 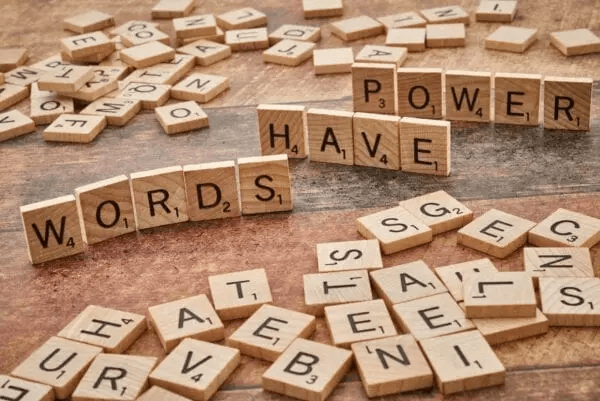 “The best methods are therefore those that supply ‘comprehensible input’ in low anxiety situations, containing messages that students really want to hear.” -Krashen
Rod Ellis, a leading theorist in 2nd language acquisition, elaborates:  “Successful instructed language learning requires extensive 2nd language input…where 2nd language needs to become the medium as well as object.” Film is the medium, and an entertaining one at that! SO, pull yourself out of the humdrum routine of hours with flashcards and intensive studying. Although these methods help in retaining information, the delight and entertainment of film best supplements them.
Plenty of science revolves around it, but the ultimate goal is to have fun while you’re learning; your brain will do all the work! While watching foreign film, in the midst of having fun, you increase your metalinguistic awareness, unbeknownst to you. Qu’est-ce que c’est  metalinguistic awareness? It’s simply the ability to think of and be aware of language in relation to its cultural context, that language has specific functions and rules. Furthermore, multiple viewings of a foreign film also increase awareness of important paralinguistic elements: body language, gestures, facial expressions, loudness, tempo….all features highly important to communication in another language.
One of the most renown (and local!) language specialists, Dr. Garza, Director of the Texas Language Center of the University of Texas, provides an important pedagogical framework for the use of video and film in the classroom. See Dr. Garza as he explains how video and film, as authentic texts, contain the possibility to develop language learners into “active learners”. He states that the application of technology such as video, film, internet, etc. may hold the key for language learners to go from competence to proficiency, i.e. to make great strides along the road to fluency!

Freestyle’s unique methodology incorporates foreign film in our curriculum in a step-by-step process that allows significant realization of linguistic and cultural meaning. We study relevant vocabulary themes and intermediate to advanced grammars entirely in the context of a specific, chosen film; here’s a quick break down of our process:
1. Watch the film in target language with English subtitles; this provides semantics (meaning)
2. Work thoroughly through target language subtitles and/or transcribed dialogue of film over the session; this provides lexical and syntactic information (vocabulary and word order)
3. Watch the film in segments with no subtitles;  this provides phonetics (sound/pronunciation/listening)
4. Witness a significant boost in listening, comprehension and speaking ability!
Additionally, Freestyle is proud to incorporate Austin’s own ITAL in our classes! Transmedia specialist Sergio Carvajal-Leoni, in collaboration with Austin-Based Filmmaker Romina Olson and UT Award-Winning Italian instructor Antonella Del Fattore-Olson, created ITAL, a digital channel that blends entertainment and education to teach Italian language and culture. The entertaining ITAL videos are intended to expand students’ knowledge of contemporary Italian culture while helping them to increase their vocabulary and oral competency. As you can see in the video that follows, part of ITAL’s instructional component is reflected in the use of subtitles – sometimes in English, others in Italian – to emphasize how new vocabulary is used in everyday conversation.
Write your awesome label here.

Try practicing with subtitles by choosing a tv show/film you enjoy watching in your native language with your target language subtitles. For example, the American hit romantic comedy, Two Weeks Notice (Sandra Bullock / Hugh Grant), like many U.S. shows and films, offers both French and Spanish subtitles.
We hope you see the many varied reasons to embrace and enjoy subtitles so that your road to fluency will be smoother and more enjoyable.

Happy Trails on Your Journey to Fluency

Accepting subtitles in foreign film will allow you to grasp a whole new realm of knowledge  that would otherwise only be receivable via physical interaction in the actual country.
Seize the power of film to help you obtain the gift of gab in your target language and join us at Freestyle to further develop your language learning in a relevant, fun and social context!

The idea that language learning is rote and boring is defunct in the 21st century!